We employed a more reputable (and expensive) company to replace our one year old leaky roof.  Lesson learned: Just cause someone calls themselves a roofer and is on your roof with a nail gun doesn't mean they know what they are doing.

We decided to do things a little different with the second roof.   Starting with better prep work.

We cleaned up the existing roof deck by replacing some boards that had insect damage, rot, and fire damage. 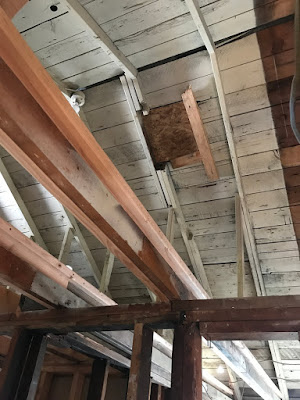 The last roofer did a sloppy job cutting the lower roof vents so we replaced these boards as well:

More off the roofer's handiwork (they somehow cut through the felt and decking and just shingled over it).

We moved the bath/kitchen vent pipe so it exited through roof rather then the wall (and then run horrizontally for no apparent reason).
Before:

And added a vent pipe to the wash room (not sure how they got away with not having one before):

Squared up the skylights:
Before:

And cleaned up the sloppy cuts on the boxes: 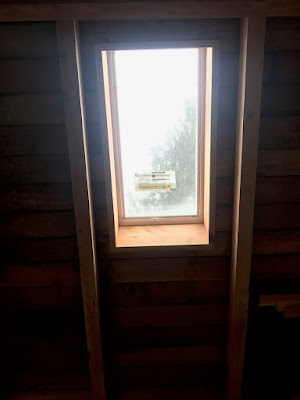 We added two layers of polyiso insulation (~R25) on top of the old roof deck, and 2x4s between foam and new decking to provide an air gap:. 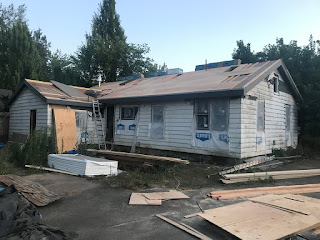