Ted and friend came back out to finish the demo they started last week ($280 for their labor). They removed the acoustic ceiling + wood slats and 70 years of bird habitat that was sandwiched between the ceiling and the second story subfloor. 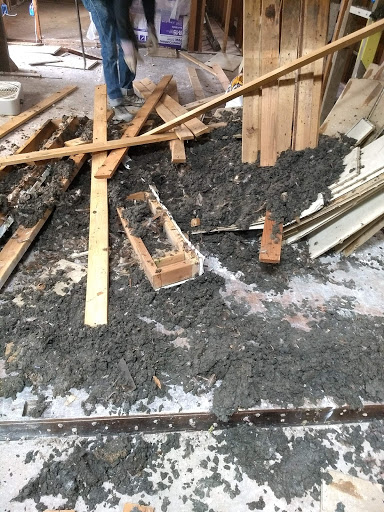 The upper kitchen cupboards and the bulk heads above them were removed: 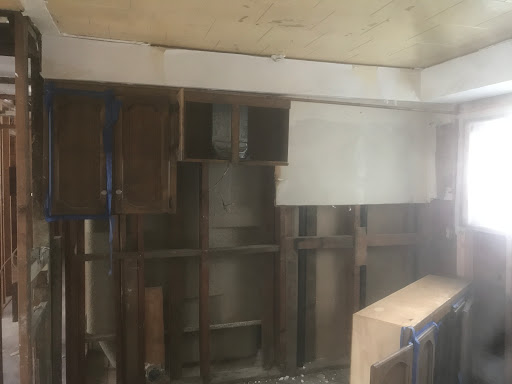 Temporary supports for the loft were erected and the structural post that sat on the island counter was removed. 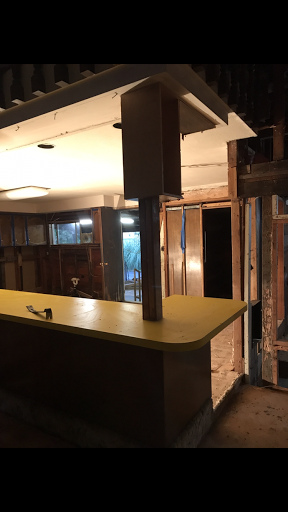 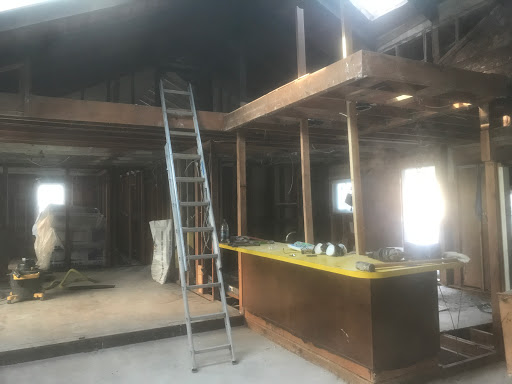 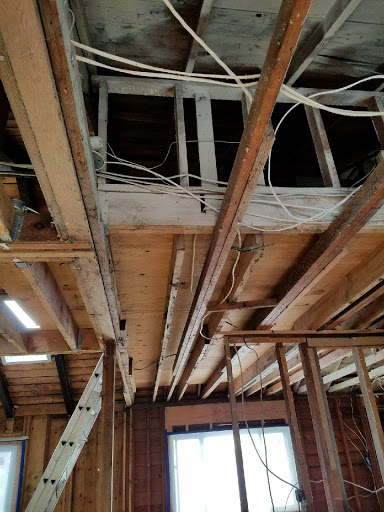 Also removed the shingles from what once was the garage roof. ($120 for asbestos sampling). 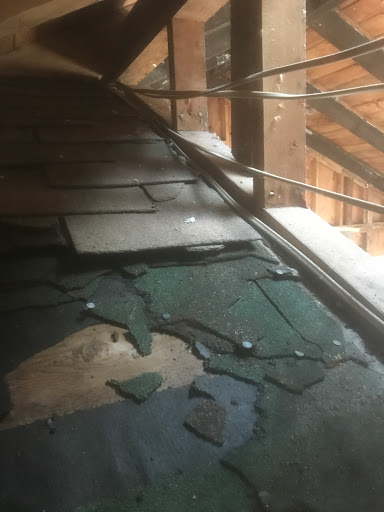 Maxed out the 10 yard dumpster.  We have now had and filled 100 yards worth of dumpsters.

It was a beautiful weekend.  Randy came out and painted the front porch ($50 for paint). 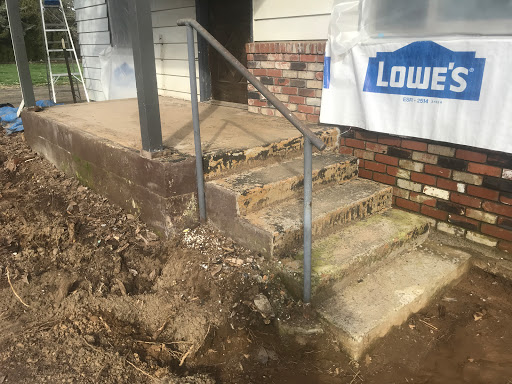 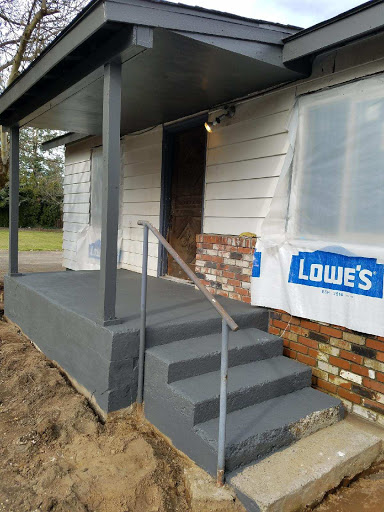 Posted by Lee Schaeffer at 8:01 PM