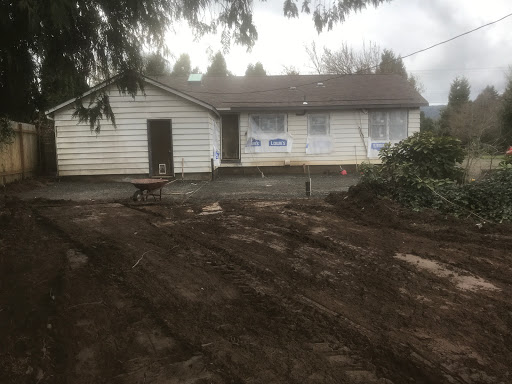 Unfortunately he didn’t grade a large enough area for the patio, so I hired a worker ($100) to finish by hand. 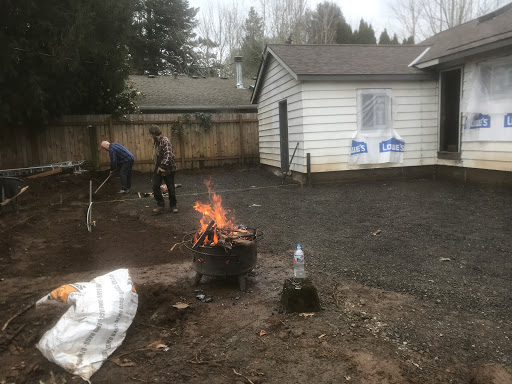 Here he is taking a smoke break next to the gas can: 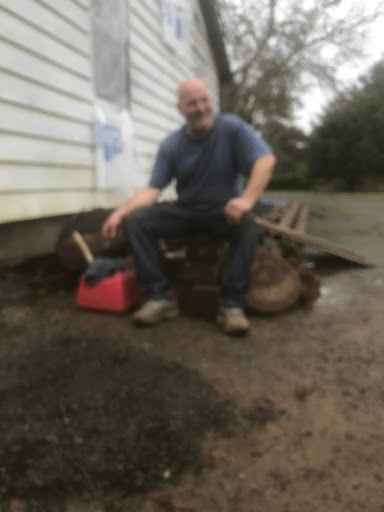 The excavator also worked on taking down the burn pile, but we got our wires crossed and he put the clean dirt from patio dig in the dumpster ($250) and buried the dirty burn debris which was to go in the dumpster. 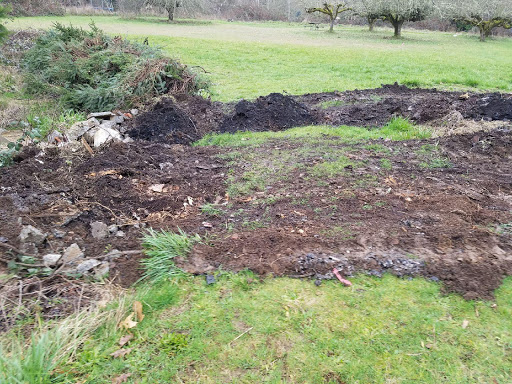 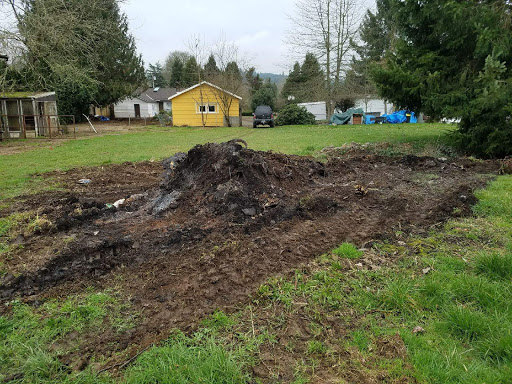 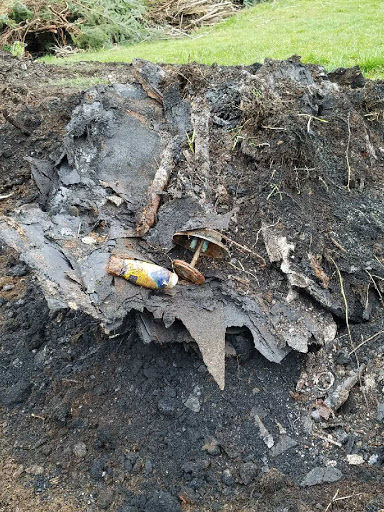 Another lesson learned, it’s good to be onsight during excavation work because a lot of wrong work can be done fast with such a machine.

With the burn pile still on our property, we hired a second excavator to remove the the worst parts of the burn debris as well as some other dirt and rubble ($600). Finally most of that nasty pile is gone. 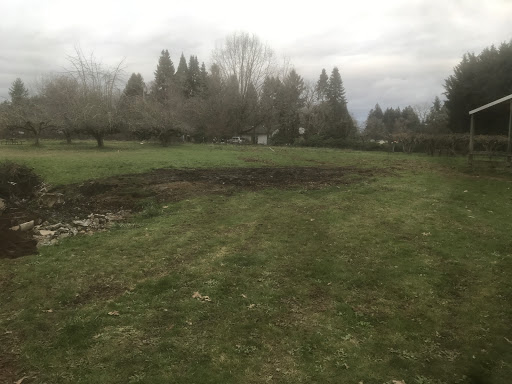 And the running total sprints past the $40k mark.

Roof update: I’ve been communicating with the owner of the roofing company and our talks are civil.  He admits problems with the roof, but does not agree with the inspectors assessment that it needs to be redone entirely.  We are not close to reaching an agreement on how to remedy this problem.