The roof is coming off.  Exciting! 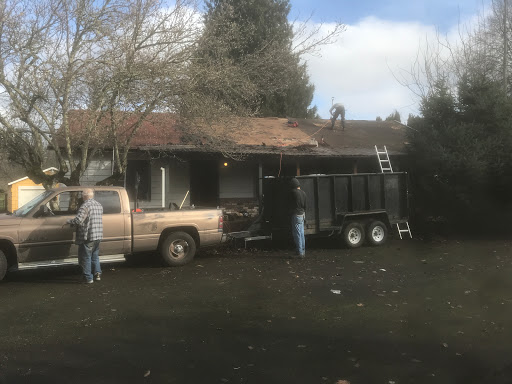 ...And then they didn’t tarp up the roof and our house got soaked over the weekend.  Even more exciting. 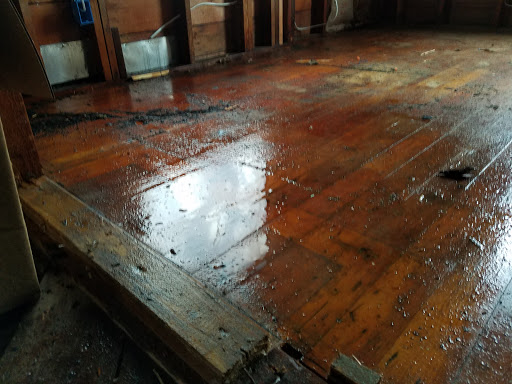 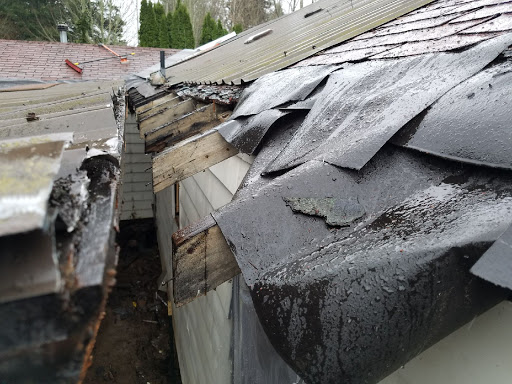 Fortunately we have dry weather coming.  Hard to understand why these guys didn’t just wait a day to start.

I love metal roofs, but a new metal roof was beyond our budget, so we’re downgrading to composite shingle. 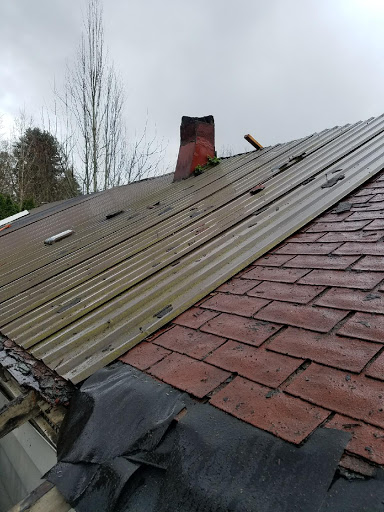 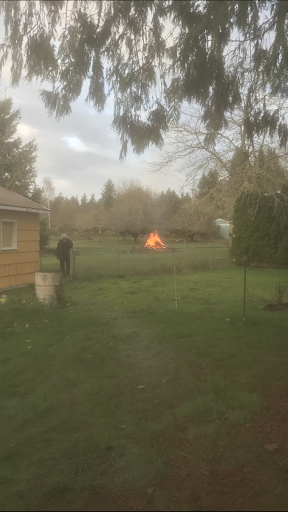 ... the fire burned all day and glowed all night.


Posted by Lee Schaeffer at 5:09 PM No comments:

Thanksgiving week. Two months in and I’m wondering where the time has gone.  And how did we already spend $13K and yet the house looks like nothing more then a demoed shell?


The plan was to spend the long weekend installing the windows, but the weather did not cooperate.  My dad and I prepped the opening for one window before moving on to other projects.


We decided to make the bedroom windows taller. this created a lot of extra work, but I can already tell it will be a big improvement: 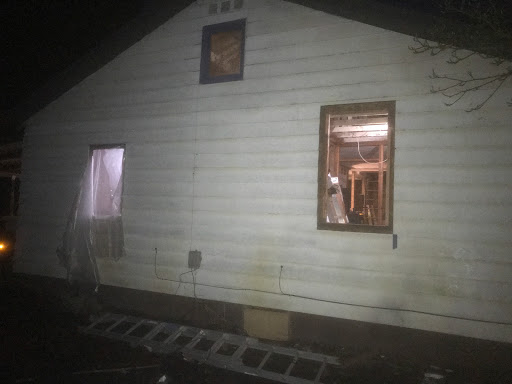 The roof is scheduled to be replaced next week and the patio cover (which currently sits on the roof) needs to be separated and cut back from the roof deck.  Randy and I put up some new supports for the patio cover (~$150 in pressure treated lumber) on Saturday afternoon: 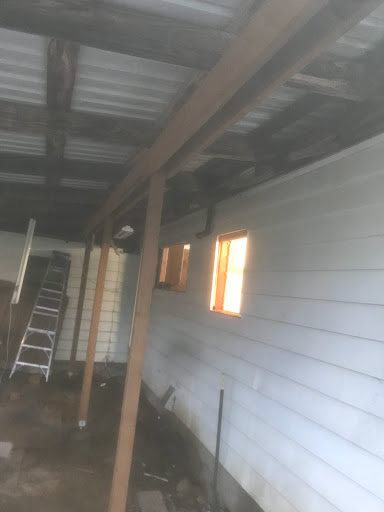 Another dumpster ($300) for the old windows and insulation was filled.  While we had the dumpster, we cut up and removed the three rolls of carpet that Justin had unearthed from the 'burn pile' the week before. 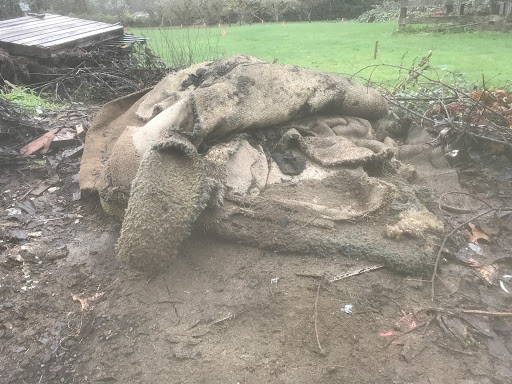 With the 20yrd dumpster full we have now removed 50yrds worth of debris (not including the four layers of roofing the roofers are removing and hauling away)...and we’re not done.
Also this week:
2x more asbestos samples for exterior siding and vapor barrier ($100).  Both samples tested negative.  Great news!  Paying for abatement of the siding would be a large expense.

Yeaterday was a big day of framing windows. I’m so stiff today I can hardly move. Only hit my thumb once, but got it good. Randy got cut by a piece of falling glass.

Spent Saturday gathering supplies (~$200 in headers, studs and fasteners) and removing the old windows.  9 out of 10 of them came out reasonably easy.

On Sunday we worked on the framing which was seriously lacking in areas.  The 7ft long dinning room window, for example, had a single 2x4 header and no studs below. Code requires a 4x12 beam supported by 4 jack studs. 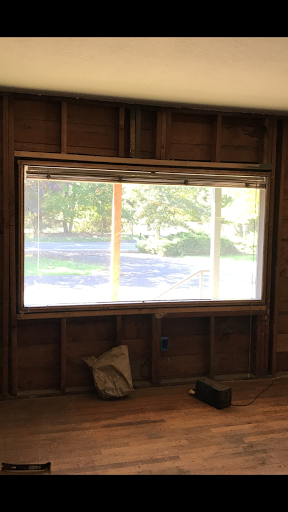 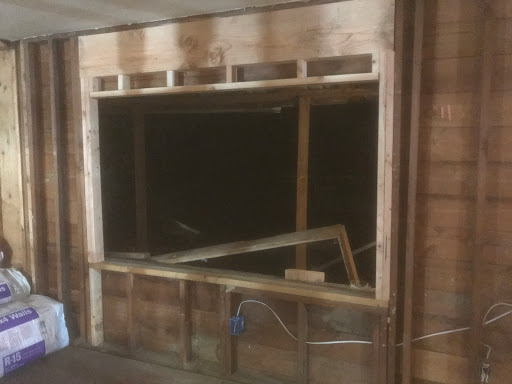 Bedroom window before (no header): 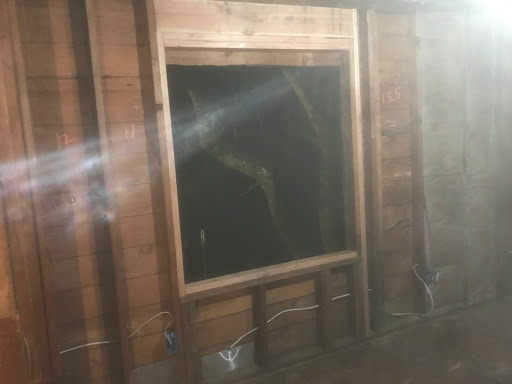 Kitchen window now has a 2x10 header where there was none.  Also replaced rotted studs behind kitchen sink: 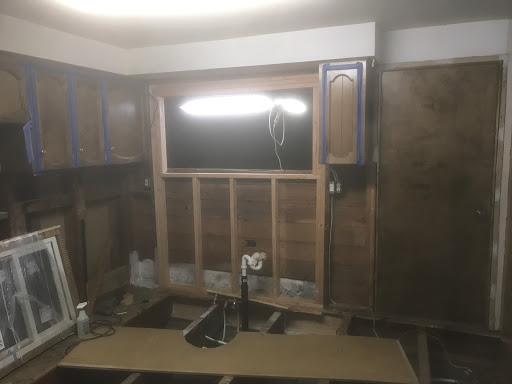 By the end of the day, the framing for 7 of the 11 windows was complete.

Posted by Lee Schaeffer at 11:56 PM No comments:

Short days and bad weather means work on the house is now limited to the weekends.

The kitchen subfloor had two different slopes separated by a ridge running down the center.  We considered living with it, but when we uncovered a patch of rotten boards under the kitchen sink we decided to rip it all up and start fresh.

The originol house, the garage and the addition all come together in the kitchen.  It is no surprise the floor was uneven. 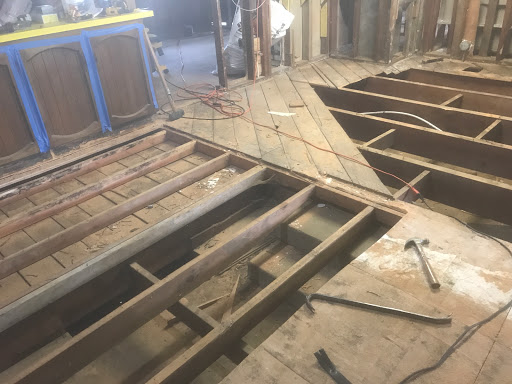 Things were going pretty smooth until a forgot to adjust the height on my saw and knicked the water pipe: 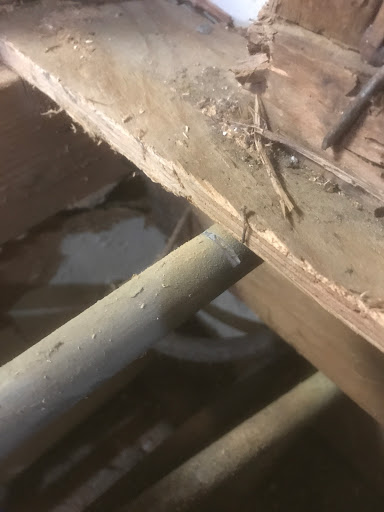 (A day later I accedently cut (and removed) the wire to the water heater . Making more work for myself.)

Lifting the subfloor uncovered a new mess.  Dee helped with the clean up. 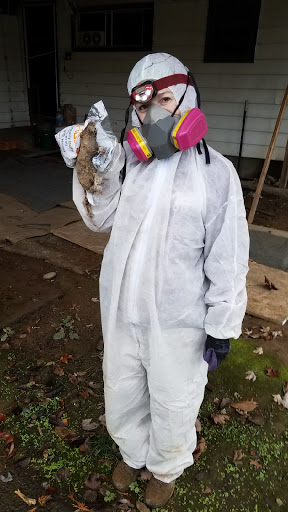 Justin came out and helped remove trash from the 'burn pile' we inherited.  There was a fiberglass shower and mound of carpet hiding at the bottom: 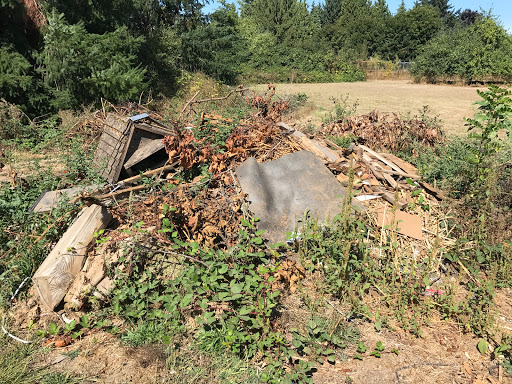 Posted by Lee Schaeffer at 1:54 PM No comments: